This property is ideally situated directly in from of The Shoppes at Susquehanna Marketplace which was developed in 2004 to provide a 110,384-square-foot, best-in class, one-stop-shop retail destination for the rising incomes of Susquehanna Township, which has the highest per capita income in Harrisburg. It remains the city’s first and only outdoor fashion center and continues to feature premier restaurants and retailers, such as Harvest Seasonal Grill & Wine Bar, Romano’s Macaroni Grill, Athleta, Banana Republic, J. Crew Mercantile, Jos. A. Bank, LOFT, White House | Black Market and Williams-Sonoma.

The property is located in Pennsylvania’s capital city of Harrisburg and is adjacent to the market’s top performing Regal Cinemas 14-screen movie theater and Cracker Barrel. Residents of Camp Hill, Susquehanna Township and Hershey – areas with the highest incomes in the region – are within minutes of The Shoppes. Situated at the intersection of interstates 81 and 83, The Shoppes have direct frontage along I-81 and are easily accessible from Exit 69. As two of the state’s busiest interstates, I-81 and I-83 see a combined traffic count of 191,000 cars per day. They usher shoppers from some of the largest cities in Central Pennsylvania and neighboring Maryland. In a 2 mile radius there are 26,116employees.

The trade area surrounding the site is home to 257,714 households, averaging more than $76,000 in annual income. In addition to the more than 625,000 people living within the trade area, the daytime activity immediately surrounding is a market in itself with 1 million square feet of office space and tenants that include FEMA, Comcast, Capital Blue Cross
headquarters, AT&T, Nationwide Insurance and Deloitte. 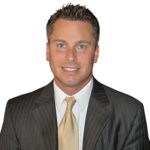